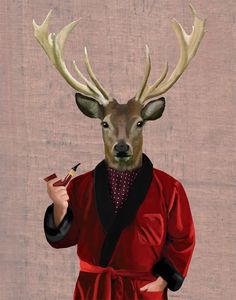 Downtime, My Arrogance, and Python

Man, what a crazy and productive year this last year’s been.

The career changes I made a year ago and the extracurricular strategies I formed have started to burn in enough that it’s completely transformed my home life, my work life, my general outlook, and desire to be surrounded by puppies, for the better in a much needed way.

I’ve broken a deep, decade-long depression in the process and I can not be thankful enough.  Groceries from Whole Foods.  Vitamins, exercise, sunlight, diversity in activity, respect among my peers, and consistent growth.  It was that simple.  Oh, and new furniture.

New furniture helped.  It was weird how big of a difference that made.  There is something about that I don’t fully understand.

I have to confess, I’m in a “downtime” mode right now and I’m so not sorry.

I did manage to get to an alpha state for Ivory Tower.  It is not quite ready for release but serves as reasonably accurate prototype for a C or C++ rewrite where the library bindings are little more sane.

I just got back from a python convention, which I missed most of unfortunately, this year, due to being on an outage call for my primary client.

Speaking of Python and Bullshit

Speaking of Python, being reasonably accurate, being sane, etc, etc, etc, my attempts at negotiating for a reasonable compromise with the PSF around IRCthulu seem to have failed after a year of extending innumerable courtesies to reach a sustainable agreement.

I don’t know what’s going on with the PSF these days, but I’ve never seen the kind of behaviour from a respectable organization that I’ve seen surrounding the currently shelved IRCthulu project as I try to establish a reasonable relationship with that team.  I am not impressed with their ethical perspectives and I am easily impressed in that area.

It seems I am not alone in this regard.  It is concerning.  I think that I’ve reached a point where we may be at an impasse in negotiations unless they can prove to me that they are sane fucking people able to have sane fucking thought processes.

I’m at a point in my life where I’ve got just zero patience for manipulative assholes in my mindspace anymore. Between Red Hat’s oppressively idiotic influence in the open standards area and PSF’s absolutely pretentious views from their IRC teams, gnome’s arrogance in the Ux and DE crossover compatibility areas, AMD’s archaic and mostly retarded stance on chipset instruction disclosure in combination with their inability to package their own fucking software for their target platforms,  Apple’s poisonously destructive propaganda surrounding their efficacy as a provider of sane development environments, Oracle’s refusal to die or shelf Java, IBM’s and HP’s incredible ability to repackage open source systems in an unmaintainable and unnavigable way to secure support contracts behind the veil of lack of client training, and the continued fucking existence at all of lotus notes I’m just remarkably disappointed in the times I live in sometimes.

About the machine learning algorithm that used improper English to shorten sentences due to a lack of proper constraints being set, where it is labelled “AI”, given spooky undertones to misinform viewers about the nature of what was learned (which wasn’t really learned as they already know the language constraints need calibrated to avoid this).  Some of the downstream publications about that project allude to it being “shut down in fear of its capability”.

And it’s utter horseshit.  Nobody who understands how those tools are built thought that.  Nobody involved in the project thought that.  It’s just a lie.  It’s not really AI.  It’s a borked function call to a neural net for predictive decisions.

This concludes my rant about the moral and cognitive erosion in my field of passion.

But most of All, I hate Arrogance, especially Mine

Anyway, out of all the stupid things I see, arrogance is the worst one, and probably the one I dislike to see the most because it is so easy to fall into.  Other peoples’ arrogance rubs off on the people around them and it can be so infectious.  I’m guilty of this.  I think this is something that anyone working in the software engineering or IT field can fall into because it is just so prominent.  I actively try to catch myself before I let it out, but sometimes it gets out and then I feel like an ass for a while when I realize I’ve been arrogant.  I did that last night I think after 2 too many beers knowing I can’t drink anymore for health reasons.

I think the reason this field is so prone to that is based largely on the fact that it is such a technical field.  The levels of complexity that developers and system administrators deal with on a regular basis gets normalized in their worldview, and there is a wide range of skillset and capability among performers.

There is also a shadow of a problem of pretenders or fakers that shows up occasionally and I think this is the complicating factor; I myself often during screening spot fake resumes or fabricated knowledge during interviews, and have even found some in the past after they were brought on, frequently enough to be a little on the paranoid side, which is both a positive thing and a negative thing– I also spend alot of time on IRC which is an absolute cesspool of human hubris.  There are two points of consideration over why this is a negative thing to me currently:

You literally can not learn it all in this space if you spend two lifetimes studying it.  Where one person’s strengths overlap another person’s gaps I think is where the most likely place to see arrogance surface is.

Dev vs. Sys is my favorite example of this because it’s the easiest to describe for me.

Developers can be amazing developers but maybe have some gaps about operating system or deployment architecture depending on what type of developer they are, and System Administrators may be incredible sysadmins who run a clean shop but maybe aren’t so great at development.  DevOps is kind of in the middle by trend, a little of both but not quite as deep in one or the other.  Developers and Sysadmins often are going to have entirely different approaches to solutions engineering or architectural approach to solving a problem, and that should be expected.  This was really highlighted when the devops concept started being ingested by large corporations.  I think often that some devs will not see that or some sysadmins will not see that and it can create misperceptions that create assumptions and ultimately an air of arrogance towards the other.  I got lucky and ended up at mostly great organizations with cultures that none of this applies to, but I’ve seen it before.  When people disagree, everybody needs to be able to be wrong and that’s hard for very smart, technical people to be when their livelihood depends on their expertise, credibility, and ultimately, their delivery of product.  A personal brand.

That, and early IT culture was a little rough around the edges.

Most large orgs in general are aware of this to some degree and have done well in striving to move to something better, and I actually deeply enjoy the direction that’s headed by trend.

Bringing the Dev/Sys example back to arrogance, I was actually a pretty arrogant guy a few years back and actively focus on managing it because I tend to be a little more driven than most and get frustrated in the slow lane.  Every once in a while it creeps up and I learn something every time.  I’ve found through careful self observation over the years that usually when I have to fight that the hardest is when I’m around arrogant people.  Most people who come across arrogantly seem to me to be the same way.  I’m still deciding if it is our shared competitive natures or subconscious aggression levels, or if it’s just some defensive mechanism that people unconsciously learn from each other.  If it’s the latter, that’s almost kind of sci-fi, like, a thing that grows and evolves as it gets passed from person to person and matures in interactions — almost like it has a life of its own.

Ah well.  I’m not caught up on Game Of Thrones yet.  Examplar?  Nah.