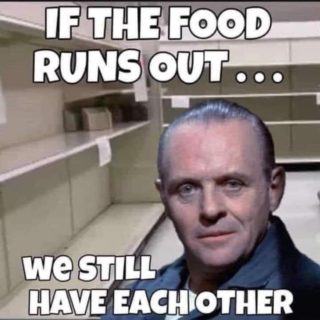 I am an Island, and am Kind of Enjoying It

I am now one year and one month into self-isolation, sparing a couple of private community events I don’t write about, here. Everything else has been buying groceries, or video conferences, digital conventions, skype/whatever at work, or phone calls.

It’s actually remarkable how well I can live like this. Outside of maintaining my finances, I just apparently don’t need other people and they stress me out. If I were not 35 this year and looking at other life planning type things, I could live like this for ten years and be just fine.

That said, I have started to miss the upscale restaurants and amazing steaks they serve that dominated Columbus. The small town life is affordable and sustainable, but I miss needing to wear suits.

I’ve started to do market research and product validation for SURRO Linux. It’s going to be rough to get ignited but it’s a billion dollar concept. The disruption of CI/CD paradigms is our market call. Still a long ways away, though.

Our president lost an election and tried to perform a banana republic coup, which also failed. Then when his attempts to undermine the election failed, he tried to use his party ties to get state reps in various juridisctions to ignore the laws in their state and appoint pro-party electors to overturn the results in a different way.

The senate has become so self-centered and impotent to partisan influence that they aren’t formally charging him with sedition and starting the process of erecting a gallow.

The pandemic isn’t getting better. Denmark just killed enough minks to warrant mass graves because of a mutation that would make it way worse. Evangelicals are putting the mask in Jesus’ hands. Trumpers deny it’s even real. 264,000 Americans have died from it so far. That is the entire population of Fort Wayne, Indiana, or Laredo, Texas, or St. Petersburg, Florida.

America contains 4.25% of the global population and has 18.3% of total deaths from this virus, and 25% of the total cases of it. America is ranked number 145 on the list of countries by population density.

It’s an unnecessary tragedy, but that really is a good descriptor for the state of our union currently.