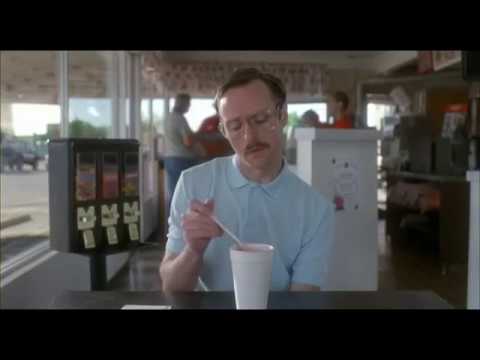 Man. What a ride life’s been these last few years.

Since my last post I ended up taking a contract for a new Fortune 100 client out near Cincinnati. I’ve already relocated. Well, not quite, I need to get another truckload moved over.

As for the client, it’s a different tech stack than I’m used to and it shows.

It’s not selling out. While Azure tends to be a little overengineered and unintuitive, it does seem to be open-source friendly.

Platform maturity? Well. Let’s call it a work in progress. It’s more mature than what I’m building on my own.

Oh, yeah, that’s right — there’s a big virus pandemic going on. If a small, highly specific segment of the population is at high risk of complications then quarantine that population segment, not the whole country. Something doesn’t quite add up, and people are running out of food.

Not to mention the fact that a stay at home order, when enforced, is unconstitutional. The police powers granted by the Tenth Amendment don’t grant the power to suspend inalienable rights without due process, including freedom of movement, and Gov’na’ decree ain’t due process, y’all. Oh and that Privileges and Immunities clause? Guess which states are violating it?

I know what you’re thinking. “But it’s an emergency”. Fine. Show me those “emergency powers” defined in the constitution. You can’t? The founding fathers deliberately made sure nothing like that was included?

This should go on about as long as it takes folks to start hiring litigating attorneys to have their rights enforced and taking it to federal. The President’s powers, despite what he says, are not absolute, and are explicitly divested in this area.

I’m sure it is not a distraction from China preparing for a military conflict with Taiwan (both of which countries we have a massive trade dependency on), while in the middle of a trade war with tensions between the US and almost all of China’s key allies at an all time high, but damn do the markets look bleak. I lost a shitload of money in the S&P — I mean a shitload. It’ll take six months to build back up what got lost.

In more immediate matters, no place that cuts hair is open. I’m bad about getting my haircut on time anyway, but this is nuts.

Micro Center won’t let you in unless you give them your phone number and I need to buy a KVM switch.

Oh yeah. Coding is still on hold, now because I have to adjust to a new contract. If you slip, you fall. If you fall, who knows what happens.

Doing a decent amount of BBQ’ing at the new place. It’s pretty windy out here. I got a place out in the country with a decently long commute into Cincinnati. Dogwood and pear trees everywhere. As it’s warming, they turn white and bloom and it looks like it’s snowing. It’s pretty awesome.

Turned down an interview at Microsoft and Amazon. Interview with Facebook on Friday but not expecting it to be a thing I can take. Turned down Linkedin. The cost of living in socal and Seattle is nuts and the rates are about equal to Ohios’ tech hubs’ averages, so, they hurt to turn down when those magic companies come along, but, baby needs a new pair of shoes.

I’m actually really thankful for how things have been going. They could be much worse, and, for alot of people they are right now. I’m insanely lucky to be as comfortable as I am even with how chaotic things stay.