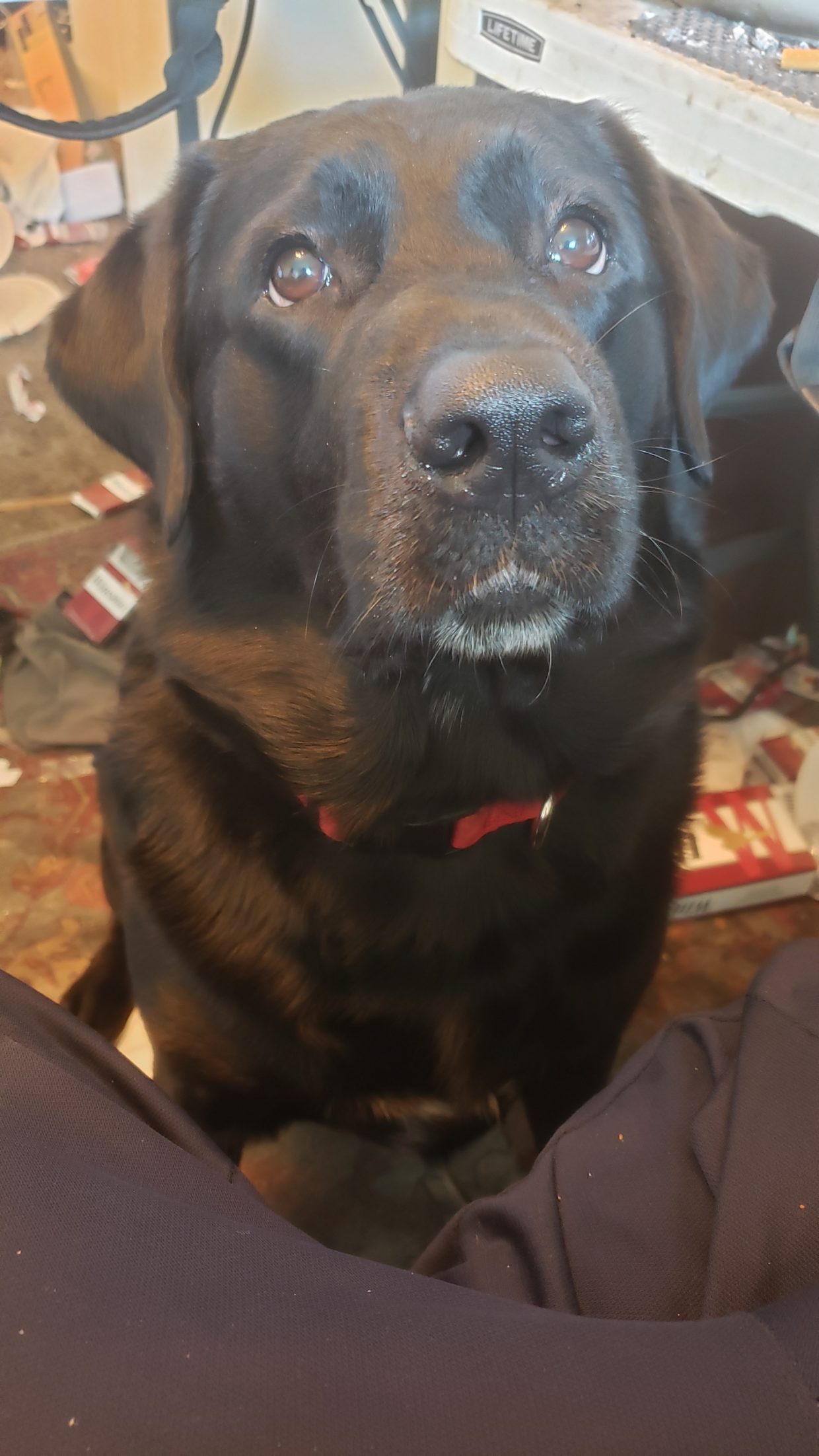 The Dog and I

Who can say no to a face like that? What the image does not show, is a little black tail waving on the ground at about 300 bpm (that’s 300 borks per minute for those of you without dogs).

So, me and my sweet, big dumb dog are enjoying the weekend. I had half of Thursday off and all of Friday after a very exhausting platform rebuild for a client, preceded by a week of oncall rotation that same week while trying to memorize about 2000 words for a public speaking engagement to be delivered Thursday.

Somehow it all worked out with no casualties. By about Tuesday evening I was so tired that I was becoming physically ill and was dangerously close to burning out. I had forgotten how much work engineering-level can be and this role has been a good reminder of that.

I do miss architecture, though. Fixing processes saves more work than quick repairs and having to explain the basics of requirements gathering and communication around them to justify them are harder than actually doing them.

The tradeoff is that the problems are almost always uncharted territory with much larger consequences. 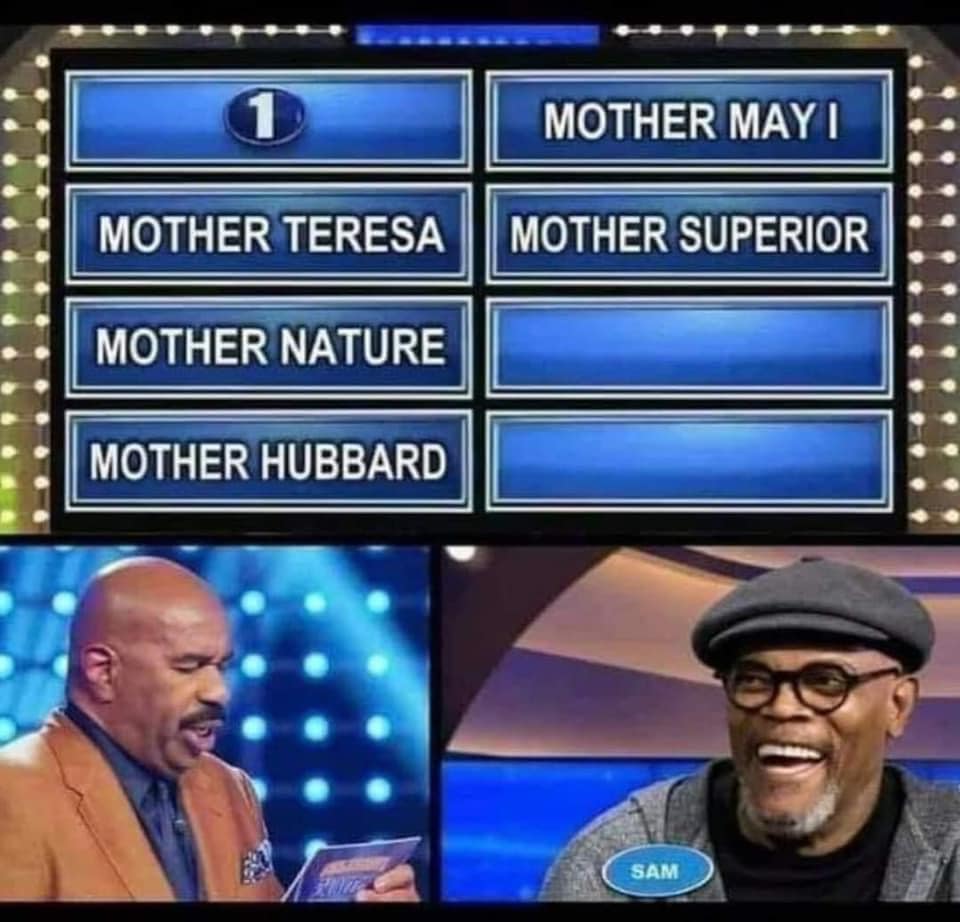 A few choice words would be appropriate…

Love it. As predicted way ahead of time, less than 48 hours into Libera’s existence, a manic network operator using the nickname “Jose” careened into the main channel #libera and shut down all communication with channel modes before proceeding to bark orders at the users, issuing klines left and right, effectively demonstrating that the most toxic parts of the open source community are no longer on Freenode: They resigned and moved to Libera.

They don’t have the social skills to foster a culture like Freenode used to have, and pretended to have the last 10-12 years, that was all inherited legacy from Lilo and this was all a natural and appropriate course of events that directly result from their inability to lead or coexist. Freenode will be fine for the most part. Still alot of garbage to sort out, but it’s on the right track. Let these kids build their toxic operator paradise, and please, please let it be an exclusive club. This pads the rest of the community by no longer having to interact with them and the poison that created them at OFTC, or the poison that they pour into any community that depends on them. I love me some justice.

Sure, some big communities are moving over. Well, kinda, they’re mostly colocating to see which network sticks around, and most of them have discord arms building up to move over to. The ones that are being all big and dramatic and flashy about it are the people we’ve all wanted to see leave for 10 years. This is amazing, it’s somehow concentrating all the exclusionist dirtbags to one or two places.

I did have a few choice words.

I had words for Jessica Porter (<Jess> on IRC):

Had a real fun time with that one because, as has become expected of her and her constituents, she tried to erase the evidence as you can now see on the original page. Good thing the archive.org link to it was circulated and not her carefully whitewashed version.

I had words for Christian (<Fuchs> on IRC):

He did the same thing and tried to sweep it under the rug. Utterly pointless since this is all on archive.org now and has already been circulated.

Oh and I had words for EdK:

The only person I didn’t have words for was grumble, who was a direct participant in the abuse I witnessed and experienced by Freenode staff at one point. I don’t have much to say to that one. I just want him gone with the others. There’s really not much else to say. He knows why he deserves it.

These people participated in ritual defamation for years and they need to face consequences.

There are still about a dozen channel operators who should also be removed and not to mention Tom Wesley and Doug Freed. I can’t do much about that at the moment. I guess we all need things to look forward to.

Oh, by the way, some rando alerted me to the presence of this thread:

I was really happy to see that someone is picking up on what’s been going on with me, and decided to throw in.

In terms of current projects, I need to re-assess at a later time on priorities, because I think things are moving in the right direction with the IRCThulu project’s goals and I don’t want to interfere or create unnecessary adversarial models. The environment changed, and I need to understand it first. That will take a little time.

One idea that crossed my mind was building the backend, frontend and the runners, and hosting the backend and frontend, but providing packages to install the runners to provide feeds as a community service. I actually like this idea alot. That way I can shut off the feed for networks that don’t want it and have a positive relationship with my efforts, while the community can still get visibility on the things they need to be visible. It also removes anything resembling liability for me for reasons mentioned in previous posts while still presenting as a potential sanction device for OFTC and Libera in case it becomes necessary.

As for SURRO and the Foster effort, I need to spend some time on it. Maybe the weekend after next. Conceptually I think I’m pretty close to a breakthrough since Rex was polished up to a releasable state.