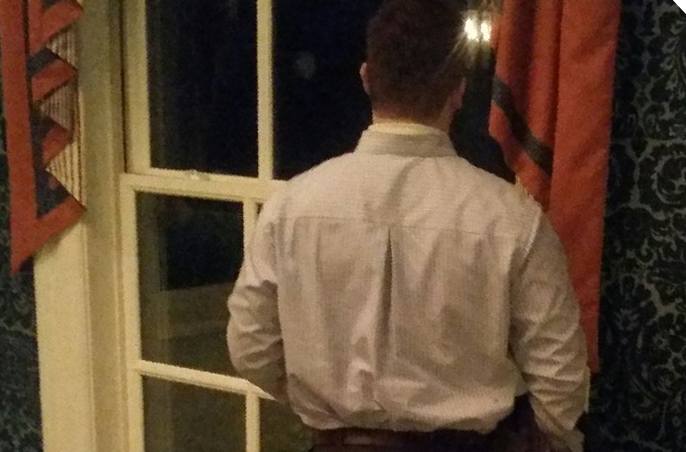 Had a lot of fun at another cybersecurity roundtable.  Lots of big names, including the presenters, and saw what I presume to be a set of future concepts in cybersecurity.

A rather prestigious company offered for me to attend and I jumped on the opportunity.

It was RSVP but I was able to get some folks on the list that I wanted to have see it as well as a colleague of mine who is an architect that has interest in the material.  My girlfriend shows up late and my colleage doesn’t show up at all, but we barely made it in time and had a blast.  Took place at a country club, with excellent, expensive food, presenter’s treat.

So, this one was interesting.  This company is known for hiring people out of the intelligence sector so I wanted to get a feel for who I was working with.  The presenters were unusually technical for sales reps with a sound understanding of cybersecurity concept, which surprised me.  The other members present were the usual CIOs and procurement representatives for local big companies, all of us interested in how this product line worked.

I was able to talk my girflriend into grudglingly getting a shot of the back of my head in the crowd to continue the tradition of me being somewhat seen in places I had no business being.  She ultimately refused and I had to settle for a picture of me looking at this window instead of as part of the crowd.  Next time we’ll bring a designated person for the shot. 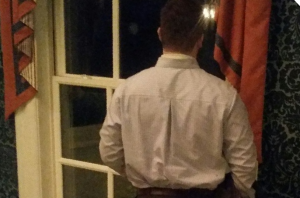 Me deciding what levels of disappointment I was going to let myself be okay with.

At one point my girlfriend made a joke that revealed we knew each other, which was funny because we came in together and I’d been the one to get her on the list.  I’d brought her on because she was a neurobiologist and an HID software developer and I wanted to get her perspective on the machine learning claims of the product.

All in all it was a great presentation with great food, great content, and promising opportunity.  This company is ahead of the pace for most major company’s perspectives on infrastructure security architecture.